RSS
← It’s still alive
From the man himself! → 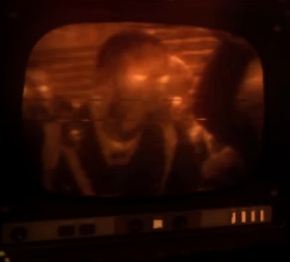 It’s been an unconfirmed rumor since the announcement of the next CoD title. Would Treyarch add the highly successful zombie mode of World at War in to Call of Duty Black Ops? The recent update to gknova6 was pretty close to a definite yes but today we got the real confirmation.

It’s official: the undead are rising once more for Call of Duty: Black Ops as Treyarch confirms that the popular zombie feature it debuted in World at War is back.

Four players will be able to face the onslaught in co-op, and Treyarch promises some fresh twists along the way. “We’ve taken extra special care to retain the essential ingredients of our Zombie game, and have also crafted a nice surprise for the fans,” said Treyarch boss Mark Lamia.

Personally I am pumped for this news. Zombies was a huge part of what made WaW successful and made players hang on to the game instead of sending it to the trading block. I love getting a group of friends together and having a good time pwning zombies.

Kudos for Avtivision and Treyarch for the excellent viral marketing that has had fans on the edge of their seats since about April when, if you remember, some mystery USB drives went out. While there is still much to figure out about the puzzles and documents of gknova6 and how it connects to the possible zombie storyline, we do know that zombies are back and ready to eat brains in Black Ops.

Are you guys pumped for Black Ops Zombies?! Be sure to check out Callofdutyzombies.com for a look at the documents /info of gknova6 and for some good chatter on the forums.

← It’s still alive
From the man himself! →

One response to “Treyarch Confirms Zombies!”