3DS could cause eye damage to young’ins 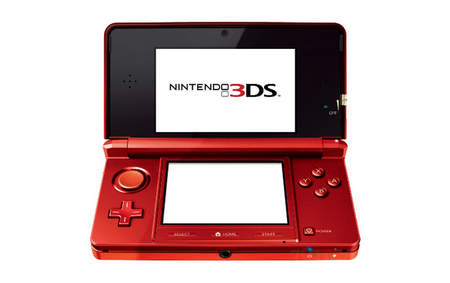 Word from Nintendo is that children under the age of six should only play the 3DS without the actual 3D feature. Due to the fact that the child’s eyesight is still in development any 3D viewing could impact and damage their eyesight. As for you “adults” it is recommended that you enjoy the 3D feature in 30 minute increments to prevent eye fatigue possible damage. (Warnings– have your translator ready) 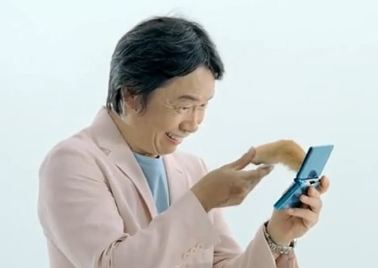 Eye damage is just one of the many reasons I’ve never really been on board with 3D gaming. With the number of hours that hardcore gamers sit in front of the screen, it’s bound to have an effect on their vision. How many of them do you think will take those breaks after 30 minutes?

One of my favorite features of this upcoming 3DS is the ability to toggle the 3D on and off. I’m sure I’ll give the 3D mode a try but at least I’ll always be able to have to option to turn it off. I love video games and all but 3D images are, to me, not worth ruining my 20/20 vision.

Handhelds being overshadowed by mobile gaming? 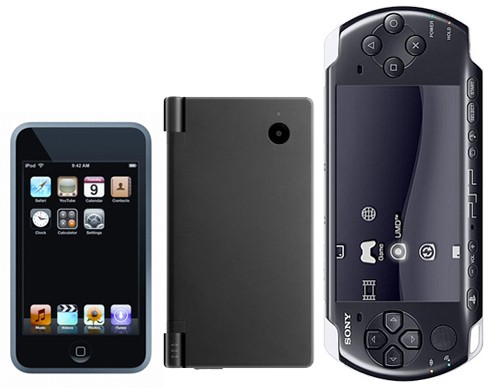 Earlier this week Wedbush Morgan analyst Michael Pachter brought up some interesting points regarding the handheld gaming market and its future.

“We’re not even close to saturated on the videogame consoles, and we are way approaching saturation on the handheld market,” Pachter argued during his Pach Attack segment on Gametrailers.com this week. “We’re starting to see DS hardware sales crack. I think the ubiquity of the iPod Touch is cutting into the handheld market.”

He also went on to comment that he feels that the “PSP2 will be dead on arrival”. Personally I agree with some of his observations. Mobile gaming via iPhone/iTouch or Android phones are becoming a popular alternative to handheld games. What Pachter says basically is why would parents/gamers shell out for a handheld system when you have decent (cheap, sometimes free) games right on your phone?

While I have always kept up with the Nintendo handheld systems I never really put a ton of playing time into them the way I do my consoles. Sure when the latest Pokemon comes out I might pick up my DS over my 360 controller but that doesn’t last long.

Mobile games are just more convenient when you’re on the go or somewhere you don’t have access to a console. But does it take the place of an actual handheld like a DS or PSP?

Yes and no depending on what you look for in your games. Lengthy games like Pokemon or Mario based games need a little bit more than what a mobile game can handle. For one, games like that would eat your phone battery in a heartbeat. Not only that but some games need more than just touch screen controls.

Personally I don’t think Nintendo handhelds are dying anytime soon. As for Sony, well it’s always been a bit of a struggle in that market. With the 3DS on the way, I take Pachter’s view about the PSP2 being “dead on arrival”. 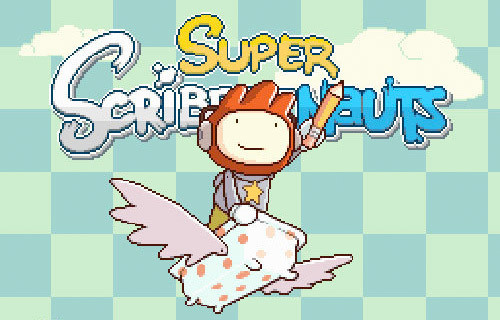 As I am not quite ready to pass judgment on Medal of Honor yet let me send some love along to the Nintendo DS crowd. Yes I very much neglect my DS, at least until something good/the next Pokemon comes out. Super Scibblenauts is one of those good games I dusted off my DS for.

If you played the first Scribblenauts you already know that crazy things can happen in this game since you can create almost anything just by typing it in. Notice how I said ALMOST anything. I know a few people who tested the limits but it clearly states in at the start of both of these games that you cant use vulgarity. So minds out of the gutter people.

Anyways, new to this game is the introduction of the use of adjectives. For those who failed grammar an adjective is a word used to modify a noun or pronoun. They give you more information about the noun/pronoun you are referring to.

So if you want Maxwell to have a giant sword or a golden sword all you have to do is type it and you shall have it. The use of adjectives will help you tremendously in some of the levels of Super Scribblenauts. Especially the ones that encourage you to use them.

Another major improvement in this game is ability to toggle your controls. In the first game we were forced to use the stylus to move Maxwell through the different levels. I know I failed many a level due to the crappy stylus control and Maxwell would drown/get eaten/fall to his death. So if you, like me, freakin hated that switch the controls up to use the D-Pad and buttons. It really makes a huge difference.

So it may not be a hardcore action adventure game but it is an amusing puzzle game. You’ll be surprised at how challenging it can get. So open up your imagination and create awesome and hilarious things to get Maxwell though the levels. 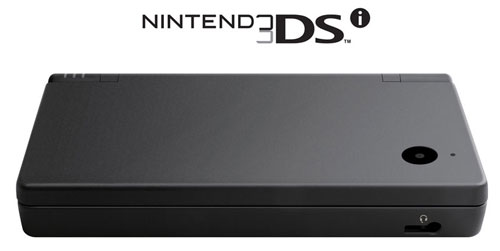 Another no brainer. Rumors have been swirling for months now about the next handheld product from Nintendo being a 3D version of the DSi. Today Japan gets a few new colors for it’s DSi XL along with a slash in the price.

This is obviously to make way for the new console. Can’t have to old models cluttering up the shelves when the shiny new one comes out.

I am undecided about the 3DSi. I of course hate the idea of 3D gaming. I have always felt 3D is a cheesy lack luster effect that people often mistake for awesomeness.

But I heard a rumor that the 3D effect on the new 3DSi will be able to toggle on and off. But if the 3D effect is the only new addition to this same old handheld then I’m pretty sure I will save my money.

As will all of these rumors, it’s wait and see for E3.