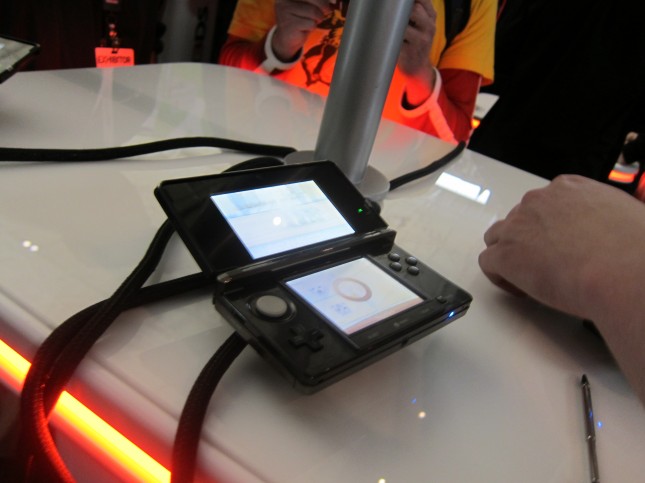 That’s what it will be tonight in stores across the country. People crawling all over each other to be the first to get their hands on the new 3DS which drops at midnight tonight. I did get a chance to check out Nintendo’s new handheld at PAX East a few weeks back. I have to say I was pretty impressed.

As most of you know, I am a very anti-3D gamer. On many occasions I go on rants spouting off my immense loathing of the very idea. But the 3DS is different. The biggest turn on for me was the easy access and ability to toggle the 3D feature. You can turn it down or even turn it completely off.

The fact that no 3D glasses are required is another big feature I like. When the 3DS was first announced and they told the crowd “no glasses required” I was skeptical. How do you get the 3D effect without special glasses? Are the images distorted to get that effect? My skepticisms were finally laid to rest when I got my hands on it. The images were crystal clear. I played with the 3D effect until I found a setting I liked and off I went.

I left the Nintendo booth with a different idea then when I went into it. While I still have a deep hate for 3D gaming, there is a part of me that enjoys it. To a point of course. The way Nintendo is handling 3D is how I feel all 3D gaming should be handled. I know that is kind of impossible but ideally that’s how I feel. Sans glasses and toggle ability make the 3DS a win in my book.

As for whether or not I’m picking it up on tomorrow/tonight’s launch, that is a big no. Unfortunately the price tag wins this round. But will it be a future purchase for me? I would probably say most likely.