First of all, shout out to @RK1Apocalypse (who incidentally hates EA with the burning passion of 1,000 suns) for giving me a heads up on this garbage.

“I volunteer you to speak to EA’s studio heads; they’ll tell you the same thing,” Gibeau continued, “They’re very comfortable moving the discussion towards how we make connected gameplay – be it co-operative or multiplayer or online services – as opposed to fire-and-forget, packaged goods only, single-player, 25-hours-and you’re out. I think that model is finished.”

While Multiplayer games are highly popular especially in the FPS and MMO genres, Single player games are not dead. In fact, personally, I’d take an amazing SP game over lame uninteresting MP any day. But on the other hand I know plenty of people who will only buy a game that has MP. It’s personal preference of course but to say that the SP “model is finished” is just ridiculous.

So let me just highlight a few amazing games that stood solely on their SP to make my point.

Bioshock– I could go on forever about how much I loved this game. It has an engaging story with such breathtaking graphics that I consider the game a work of art. No need for a MP to hold this game up. While its sequel (which was also awesome) does have a MP it could have also stood on it’s own with out it.

Assassin’s Creed– Another one of my favorite sans-MP games. A beautiful setting and story with plenty of side quests to keep you at the game for hours. MP in this game would be a distraction from the great SP. While this games sequels also included MP this series sells for its SP.

Fallout 3– Holy crap I put epic amounts of hours into this game. An insanely large environment coupled with the 74234729 (exaggeration) quests and side quests kept me glued to this game. Add the DLC and you have a SP game that keeps on giving. 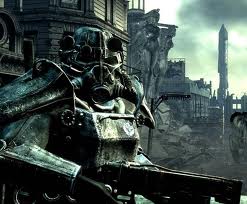 I’m not saying that series like Call of Duty and other games that thrive on MP aren’t awesome. My frequent readers will tell you I’m a major COD head. But SP is no where near dead, in my opinion.

To keep a SP game from becoming “fire-and-forget” it has to suck a player in. Good SP games have excellent replay value. They are games that people want to keep in their collection for a future play through instead of playing it once and trading it in before the value drops.

So to tie up this rant, SP games are not dead. MP is not a necessity in all games to make them great. And while it is a wildly popular feature to many games some do just fine(or even better) without it.

Posted by bowski477 on December 9, 2010 in Assassin's Creed, Bioshock, call of duty, Fallout

2 responses to “Is Single Player dead?”