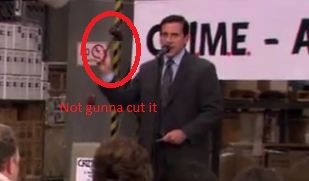 I said this back when MW2 first started getting out of hand. There is not enough being done about hackers/modders/jtaggers. I know that we have the Xbox Live Enforcement team but they are just not cutting it. Too many people out there are cheating the system and ruining everyone else’s gaming experience.

I know when I see a hacker I report them straight away. I troll the suspention/banning forum or I keep an eye on some gamertags to see if any action gets taken. Nine times out of ten nothing is done. Or if something is done it’s months after the infraction. What good is that? That player then has months and months to continue hacking? And usually I’m not the only one to file a complaint on said hacker.

WHY ISN’T MORE BEING DONE! XBL gamers pay for the service, why isn’t some of that money going to more policy enforcement? The bigger the 360 community gets the more idiots out there mod their consoles or hack their games.

I love my 360 but come on Microsoft, you can do better than this. Why are these people allowed to ruin games for everyone else?