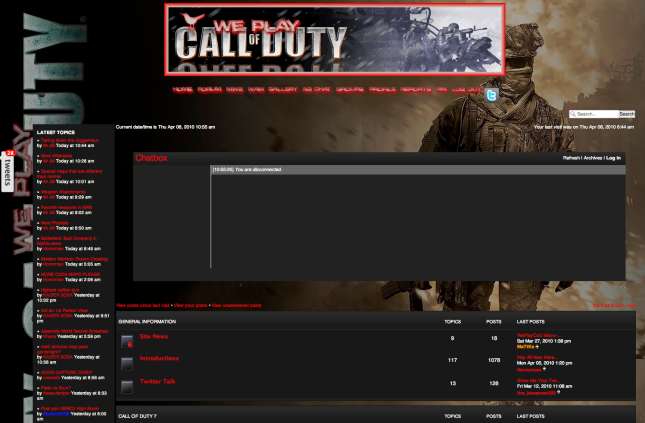 Chances are if you read this blog you are pretty into the gaming scene. There’s also a good chance you belong to one, if not many, gaming related forums. With all the theories and rumors out there how could you resist getting you’re opinion out to the masses?

Sites like WePlayCoD and Callofdutyzombies exist for players to connect and share thoughts, even if they are sometimes conflicting. I use the term “conflicting” lightly as there are subjects that are tough to touch without starting an all out war. ::cough:: 360 vs. ps3 ::cough::

Some things to remember when writing on any forum…

~On that note, don’t harass other users. I hate to do the “mom thing” but if you don’t have anything nice to say, don’t say anything at all. Just because Billy123 thinks “camping is the coolest” doesn’t mean you go tell him where he can go stick his gun.

~Stay on topic. No on wants to hear about how awesome your K/D ratio is in the middle of a thread about good sniper rifles to use.

I’m sure I could drum up plenty more do’s and don’ts of forum use but I do not wish to offend.

Anyway forums are a great way to meet a bunch of people who love the same game as you. You also some cool people you can game with. It’s a lot better that playing with randoms. So get out there and contribute!

2 responses to “Be heard”